The Pacific City area is one of the best fly fishing locations in the United States.  This area has rivers, lakes, and the nearby ocean.  These waters all have excellent fishing during their seasons.

Dory Trips are done for the 2019 season!  Rockfish and salmon were the main species caught this last season.  These trips are fun for both advanced fly fishers and beginners.

Please try to email to book trips for the 2020 season, at least a month in advance, to try and insure you will get a date.  The calendar will be filling up quickly, so get your reservation in as early as possible.

The dory is limited to four anglers max., with a minimum of two, and we supply all the needed fly fishing equipment for the trip, - but you are welcome to bring your own fly tackle if you'd like.  We clean all your fish and cook all your crab.  We also supply ice to get your catch home fresh and tasty and bring at least a medium size cooler per angler!

Drift boat trips for steelhead are currently on hold, due to the small runs of these fish!

These trips all depend on weather, water conditions, and fish runs.

We work very hard to make all our trips both enjoyable and productive.

​​​SOME GREAT FISH ENHANCEMENT GROUPS TO DONATE TO: 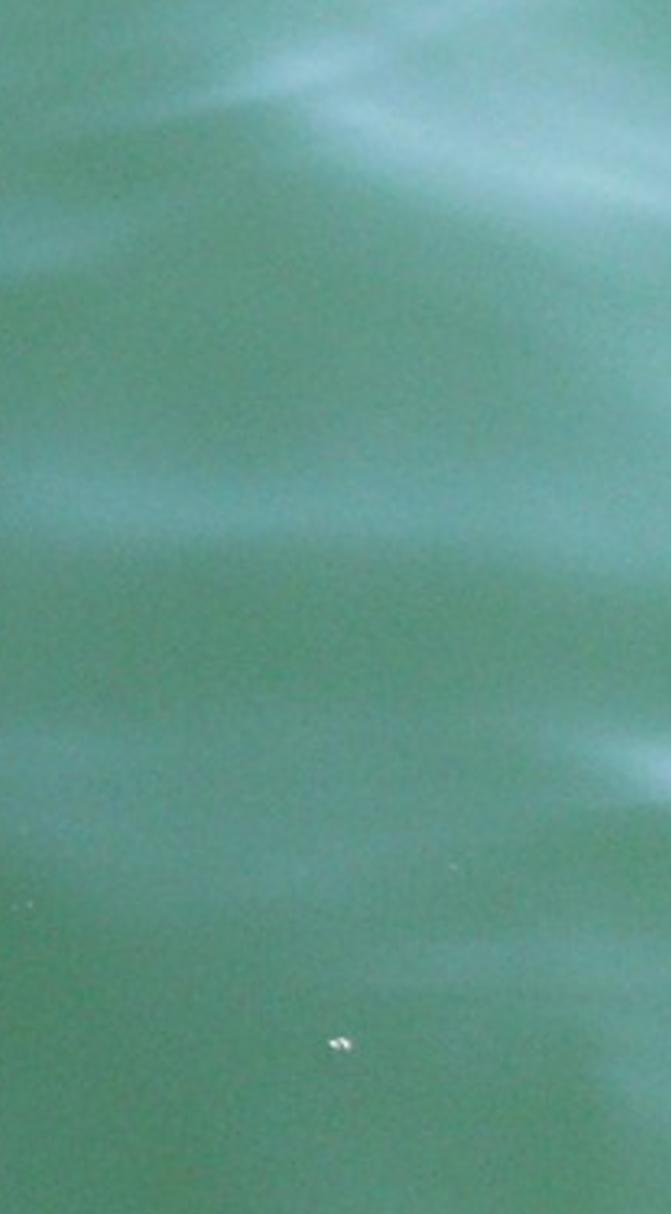 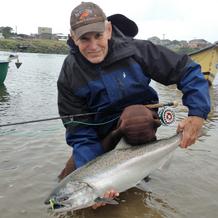 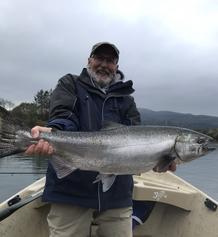 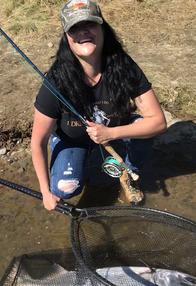 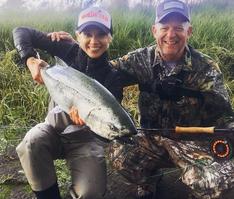 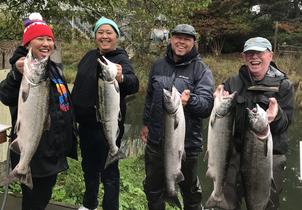 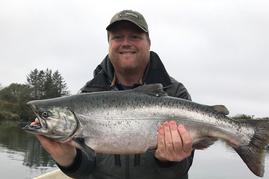 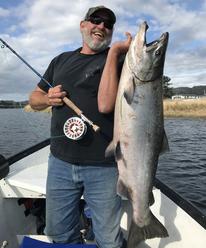 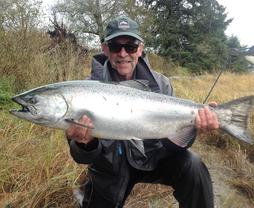 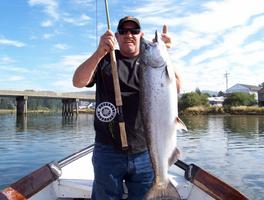 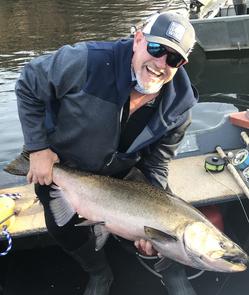 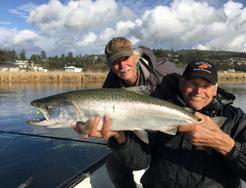 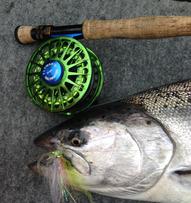 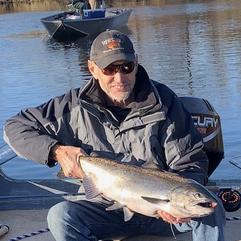 WE ARE PROUD TO BE HELPING OUT WITH:  PROJECT HEALING WATERS FLY FISHING            www.projecthealingwaters.org

​​​​TOWN LAKE TROUT - 05/18/20 - The Town Lake has been being planted with some really nice catchable trout.  These fish are running up to 11 inchers.  Bead Head Hare's Ear nymphs in size 12, both in brown and black colors, fished about 9 to 10 feet below a strike indicator, have been getting plenty of takes.  Use 2 lb. tippets for more grabs.

Also, a wide variety of flies will work here, mostly wet flies from sizes as small as size 18, up to size 4, but if you see risers on the surface - try dry flies!.

ODFW has also planted some surplus summer steelhead in this lake and we've had two of them take flies, but lost them both on underwater snags.  Fun and exciting - while it lasts!

CHINOOK -  05/18/20 - There are some Spring-run Chinook starting their run once again, but the rains keep moving them upstream!  Some of these early springers have made it clear up into Three Rivers!

The top two photos on right side are of Fall-run Chinooks that were caught in September.

The second down photo on the right is of a nice size hen chinook that Adrienne donated to Cedar Creek Hatchery for their Nestucca Anglers Brood Stock Program last September.  This fish helped the hatchery reach their goal of over taking over 100,000 eggs.  Thanks Adrienne!

​The top two photos on the left side are of Fall-run Chinook that were caught last December.

These salmon took mostly Clouser flies, but we caught a few on Comet flies.

These lower photos are of some of the fall-run and spring-run Chinook Salmon that were caught over the last  few years in the Nestucca River and Tillamook Bay streams, all while fly fishing.